Culture Of The Movement

By Worth Long and Emilye Crosby

The Black community’s rich cultural traditions sustained movement activists in body and soul as they challenged white supremacy. Movement participants sang as they took to the streets, as they met in mass meetings, as they organized throughout their communities, and as they withstood jail. They sang to bolster courage, sustain unity, strengthen motivation, overcome fear, speak to the issues at hand, and talk back to white supremacists.

In Fall 1961, college student Bernice Johnson began singing “Over My Head, I See Trouble in the Air.” As she approached the word “trouble,” she decided to replace it with “freedom.” She was with a group of Albany State students who had just completed their first march and explained later that she thought they were in enough trouble already, that singing the actual word might undermine morale. This moment reflects many aspects of the role singing played in the Civil Rights Movement. For example, in her choice of song, Johnson (later Bernice Johnson Reagon), like many others in Albany, Georgia, and throughout the movement, drew on an extensive body of sacred music. The Black community’s rich cultural traditions sustained movement activists in body and soul as they challenged white supremacy. Sometimes changing the lyrics, as Johnson did in this case, and sometimes maintaining the songs in their original form, movement participants sang as they took to the streets, as they met in mass meetings, as they organized throughout their communities, and as they withstood jail. They sang to bolster courage, sustain unity, strengthen motivation, overcome fear, speak to the issues at hand, and talk back to white supremacists. While Black sacred music was a major source of the movement’s freedom songs, participants drew on every aspect of Black singing, including popular music like “The Banana Boat Song” made famous by Harry Belafonte and renamed “Calypso Freedom”; earlier protest songs including those like “We Shall Not Be Moved,” which came out of union drives; and original songs, like “Dog, Dog,” written by James Bevel and Bernard Lafayette to mock segregation. The vibrant songs make it clear that what the history books call the Civil Rights Movement was a broad-based struggle for freedom.

While there was considerable continuity in the singing that was the heart of the movement, it also varied and evolved from the sit-ins and freedom rides that defined the direct action phase of the movement through the voter registration campaigns and political organizing that led to Black Power. Some songs were associated with particular local movements. One of the strongest sit-in movements emerged in Nashville, Tennessee, where key leaders formed the Nashville Quartet. They authored and sang “You Better Leave Segregation Alone,” which drew on R&B and used humor to help students cope with harassment and jail. At the same time, Guy Carawan introduced students to “We Shall Overcome,” which quickly became the theme song of the movement. Written by Charles Albert Tindley (considered a father of Black Gospel) as “I’ll Overcome Someday,” it was adapted in the 1940s by striking Black tobacco workers in Charleston and spread from there to Highlander Folk School and the movement.

Albany, Georgia, which Bernice Johnson Reagon later referred to as the motherlode of Black culture, was a rich source of community-based singing and launched the SNCC Freedom Singers. Bertha Gober, one of the first students arrested in Albany, joined with Janie Culbreth to rework the traditional song “Rocking Jerusalem” into “Oh, Pritchett, Oh Kelly.” Calling out the police chief and mayor of Albany by name, the singers demanded that they open the cells and release the hundreds of people in jail. Though both authors were college students, this song documented the first community-wide demonstrations where adults joined youth in accepting a stint in jail as the price of freedom. Gober, one of the original Freedom Singers, also authored “We’ll Never Turn Back,” which documented the move to voter registration and became the theme song of the Mississippi movement. Written in response to the murder of Herbert Lee, one of the first farmers to support SNCC’s voter registration work in Southwest Mississippi, it reflected the sentiment of SNCC workers like Bob Moses who explained that after the murder of Mr. Lee, white supremacists would have to kill the young people in SNCC to get them to stop organizing. In addition, Albany generated “Ain’t Gonna Let Nobody Turn Me Around,” which articulated local people’s refusal to accept a federal injunction against marching in summer 1962.

The SNCC Freedom Singers traveled the country, spreading news of the movement and raising money to support workers in the field. They sang the traditional songs that became favorites in particular communities and created their own, chronicling events and bringing the movement to their audiences. Charles “Chuck” Neblett, who was among the longest serving Freedom Singers,” recalled that their songs “came out of jails, picket lines, marches and pulling bodies out of rivers.” (SNCC Digital Gateway) The ballad, “In the Mississippi River,” was written by Marshall Jones to document and mourn the many Black bodies found when officials searched for Michael Schwerner, James Chaney, and Andrew Goodman, the trio who gained national attention because two of the missing and murdered men were white. When Oginga Odinga came to Atlanta as a representative of the newly independent Kenyan nation, SNCC staff embraced their connections with the African Liberation Movement by visiting and exchanging freedom songs before sitting-in next door to protest the segregated Toddle House restaurant. While in jail for joining the sit-in, Matthew Jones documented the two events in the song “Oginga Odinga.”

In Mississippi, Mrs. Fannie Lou Hamer, a sharecropper turned organizer, was known for singing the traditional songs, “This Little Light of Mine” and “Go Tell It on the Mountain,” while Sam Block sang “Get on Board, Children,” among many others. People in Selma, Alabama, brought “Ain’t Gonna Let Nobody Turn Me Around” over from Albany and filled in local names. The Selma movement was also known for adapting the traditional song, “If You Miss Me from the Back of the Bus.” High school student and Gospel singer, Bettie Mae Fikes often took the lead, inserting the names of the segregated high schools and well-known figures like Sheriff Jim Clark. Another popular song in Alabama was “Governor Wallace.” Written by James Orange, it included the lyrics, “Oh Wallace, you never can jail us all, oh Wallace, segregation’s bound to fall.” These and other songs were important for making a group statement, for challenging those in power and calling them out by name.

One of an organizer’s challenges was to choose the right song. As beautiful as it was, for example, singing “This May Be the Last Time” before a march or voter registration attempt would almost certainly be counter-productive. Instead, an organizer might choose a song to answer fear and build community. They might lead the group in the old union song, “Which Side Are You On?,” or “Woke Up This Morning with My Mind Stayed on Freedom,” a sacred song with freedom lyrics. When lawmen raided a meeting at Highlander Folk School, the youngest person present spontaneously added the lyrics “We are not afraid” to the song “We Shall Overcome,” and as people sang, the words came true.

Though there were ensembles like the Freedom Singers and local song leaders in every community, movement singing was small-d democratic. Anyone could lead a song and once a song was raised, anyone could join in or take it in a new direction. All they needed was the courage to sing out. In that way, freedom singing was much like the rest of the student-led movement, there was space for anyone who was ready to put their body on the line. There was room for everyone’s voice. Whether drawn from earlier union campaigns, popular culture, or traditional sacred music, the Civil Rights Movement ran on freedom songs. In “Ella’s Song,” written in 1979, Freedom Singer Bernice Johnson Reagon brought the movement to future generations by documenting the life and teachings of Ella Baker, SNCC’s founder and mentor. During Freedom Summer, Baker insisted that “until the killing of Black mothers’ sons is as important as the killing of white mothers’ sons, we who believe in freedom cannot rest.” Her demand and Reagon’s song have been taken up by subsequent activists, including some in today’s Movement for Black Lives. Freedom songs nurtured and sustained the movement and today they carry forward its spirit and history. As Baker insisted and Reagon sang, “we who believe in freedom cannot rest.”

For more information, listen to Voices of the Civil Rights Movement and Sing for Freedom from Smithsonian Folkways. See also, the SNCC Digital Gateway and other resources on this site. 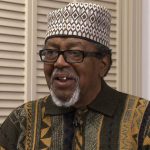 Worth Long was born in Durham, N.C. and organized sit-ins in Little Rock, Arkansas in 1960, before joining SNCC as a full-time field secretary in 1963. He went on to emphasize Black cultural organizing, which included projects like his 1980 collaboration with Bernice Johnson Reagon on Fannie Lou Hamer's "Songs My Mother Taught Me" (cassette, reissued as a CD). He is living in Atlanta near his children Ramona and Will Long and is helping his son Will to complete an oral history and memoir.

This author does not have any more posts. 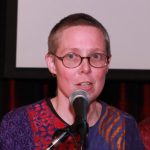 Emilye Crosby was raised in rural Mississippi and wrote A Little Taste of Freedom: The Black Freedom Struggle in Claiborne County, Mississippi (University of North Carolina press, 2005) about her home community. She edited Civil Rights History from the Ground Up: Local Struggles, a National Movement (University of Georgia Press, 2011). She is currently professor of history at SUNY Geneseo and works with the SNCC Legacy Project on the Movement History Initiative.