Samuel Leamon Younge Jr. was a civil rights and voting rights activist who was murdered for trying to desegregate a “whites only” restroom. Sammy was born in Tuskegee, Alabama in 1944. He was an enlisted service member in the United States Navy, where he served for two years before being medically discharged. Younge was an active member of the Student Nonviolent Coordinating Committee (SNCC) and a leader of the Tuskegee Institute Advancement League (TIAL). Younge became involved in the Civil Rights Movement during his first semester at the Tuskegee Institute. He participated in the Selma to Montgomery protest march in Montgomery, Alabama, against the “Bloody Sunday” incident in March 1965.

Younge was shot in the face (under the left eye) by Marvin Segrest, a 68-year-old white gas station attendant at a Standard Oil station in Tuskegee, Alabama, on January 3, 1966. The shooting came after a verbal altercation between Younge and the attendant about Younge using the “whites-only” bathroom. (Segrest was found not guilty by an all-white jury.)

Younge was the first African-American university student to be murdered in the United States due to his actions in support of the Civil Rights Movement. Three days after his death, SNCC became the first civil rights organization in the United States to oppose the Vietnam War, partly on the grounds that like Younge, innocent civilians should not face deadly violence. (See James Forman’s book Sammy Younge Jr: The First Black college student to die in the Black Liberation Movement, N.Y. Grove Press 1968.) 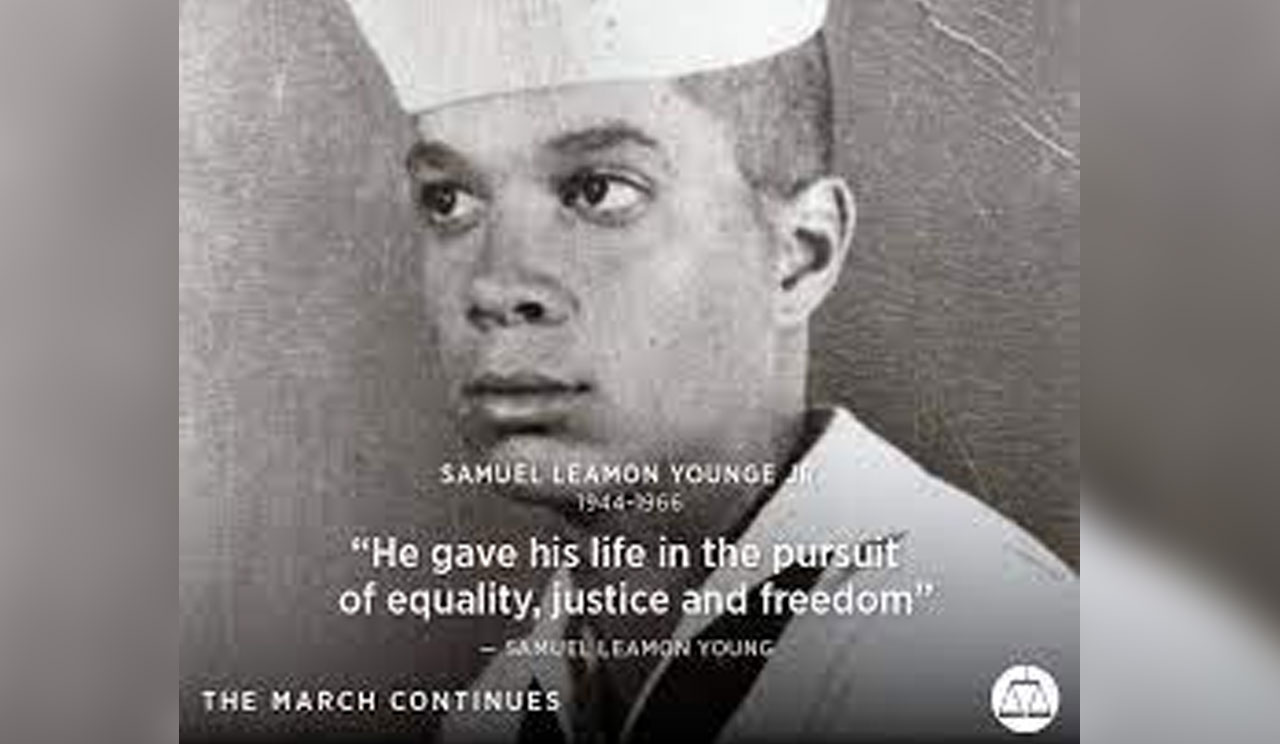